(Press Release – 25 September 2020) Hundreds of thousands of lead pellets, plastic wads and target shards from spent shots are found littered on the slopes near Hong Kong Gun Club. A survey done by The Green Earth found heavy metals of lead, arsenic and antimony in all ten soil samples collected. The highest level of lead is found to be 274 times over the limit set by the Environmental Protection Department (EPD). The Green Earth asked the Lands Department (LD) to investigate and mark out areas contaminated by heavy metals. The green group also called on the polluter to take up its responsibility of cleaning up and preventing pollution. 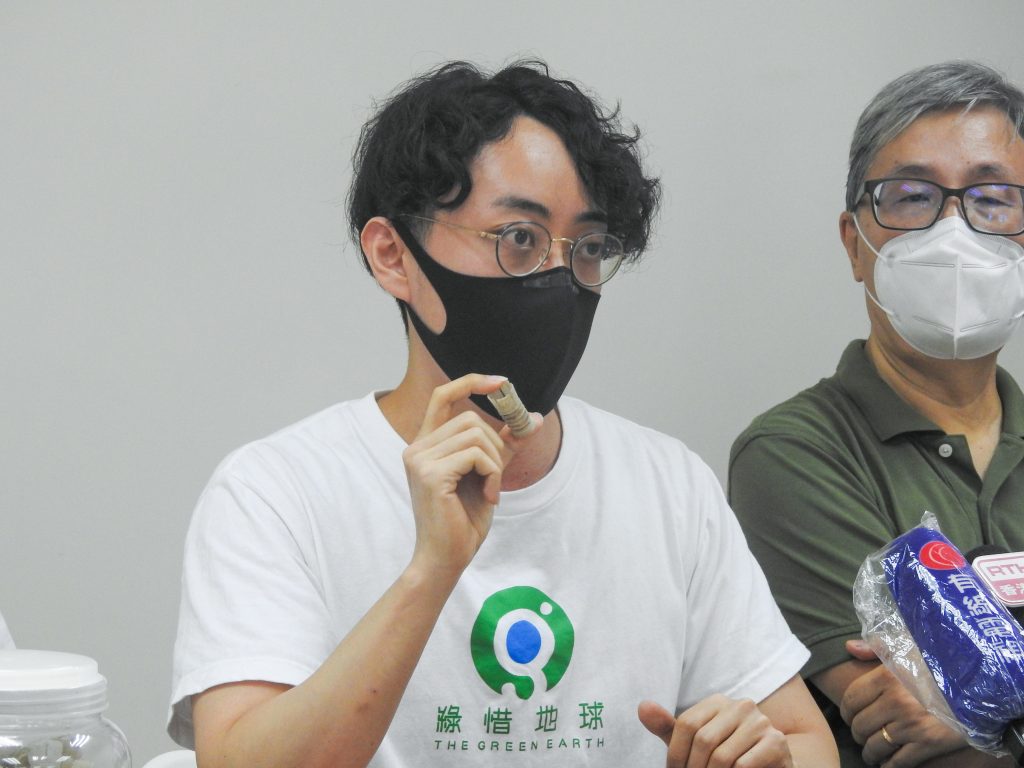 Campaign and Communications Manager of The Green Earth, Ray Yeung, lambasted the Lands Department for eschewing its responsibility, “Slopes surrounding Hong Kong Gun Club are like a lead mine. There’re more than twenty five thousand lead pellets per square foot in some lead-heavy patches. It’s a testament to chronic negligence.” An impromptu motion─Fighting Gun Club Pollution─was unanimously passed in Tsuen Wan District Council in early September. The LD’s reply in the meeting was that action would be contemplated upon completion of evidence collection by other departments. Yeung said the bureaucratic inertia of the LD engendered continuous pollution.

The Green Earth and Dr Chan King Ming, Retired Associate Professor and former director of the environmental science program in the School of Life Sciences of the Chinese University of Hong Kong, sampled ten sites on 14 August from the slopes surrounding the gun club. Eight of the samples were taken from the soil near Hong Kong Gun Club and Tai Lam Country Park, and two from the Shing Mun catchment area. A government-accredited laboratory was commissioned for the test.

Dr Chan said the sites were extremely contaminated. “The surface of the land is far more contaminated than the ground of an electronics scrapyard, well beyond originally thought, according to the test results. It is likely that the heavy metals were released by littered lead pellets over the years and leached into the soil. The Lands Department and the Environmental Protection Department owe the public a full disclosure of the extent and areas of contamination,” said Dr Chan.

An American gun club was ordered by the US government to compensate for natural resources lost and injured resulting from shooting activities. Senior Project Officer of The Green Earth, Edmond Lau, said the United States Fish and Wildlife Service investigated the death of more than 200 Canada geese in 1992 and concluded the geese died from acute lead poisoning resulting from the consumption of lead shots released at the Southern Lakes Trap and Skeet Club (SLTSC). In 1994, the United States Environmental Protection Agency ordered the former and the then owner of the SLTSC to assess lead contamination of soils and estimate the restoration cost. In the end, a remediation cost of US$1m was to be paid.

The Green Earth found a large quantity of shooting debris near the catchment area of the Shing Mun Reservoir and Hong Kong Gun Club early last year. It filed a complaint with the Water Supplies Department (WSD) in March of the same year. The WSD took the gun club to court for placing foreign materials in water services facilities. As the prosecution failed to store the evidence properly, the gun club was acquitted by the magistrate on 17 July. The green group revisited the sites for nine times between July and September. It found that the shooting debris deposited at the catchment area and Tai Lam Country Park proliferated after every typhoon or heavy rain. It wrote to the LD in August and has not received any reply by now. Hong Kong Gun Club is granted a Private Recreational Lease lasting until the end of June 2027. It pays a nominal land premium of HK$1,000 and falls within the remit of the Lands Department.

Footnote 1: Calculated based on the chemical limits for rural residential land use as stipulated in the EPD’s Guidance Manual for Use of Risk-Based Remediation Goals for Contaminated Land Management. Chemical limits are set for four different post-restoration land uses to protect the health of the public who could be exposed to contaminated soil.

Footnote 2: Slopes surrounding Hong Kong Gun Club are close to the rural development land. Limits adopted here are from the EPD’s Guidance Manual for Use of Risk-Based Remediation Goals for Contaminated Land Management on rural residential land use regulation.