Mr Lau is currently the Founder and Executive Director of The Green Earth, an environmental organization advocating resource conservation and zero-waste culture. He has been actively engaged in environmental protection work since the late 80s. During the period, he placed great concern on several pressing environmental topics, e.g. waste management, air pollution, climate change and energy conservation.

Mr Lau is currently a member of the Advisory Committee on Water Supplies and senior advisor of Hong Kong Solar Industries Association.

In 2009, Mr Lau was awarded the Medal of Honour by the HKSAR Government in recognition of his long-term contribution to the promotion of environmental protection and environmental education. In the same year, he was also awarded an Outstanding Earth Champion by The Earth Champions Foundation.

Vivien, after graduating from the CUHK (Sociology), has been working in the environmental field for over 20 years. She has formulated diversified public education programmes, including tree-planting cum hiking challenge, Green O Camp at universities, second-hand barter market at public housing estates, Green Event Campaign, Make Our Nature Trail Sustainable – Leave No Trace Education Programme, etc. More programmes she has managed and promoted include Plantation Enrichment Programme, waste no food campaign, food waste audit at schools, food waste recycling pilot scheme, solar cart race, etc. She achieved her Master degree in Environmental Management from HKU in 2007, and is a certified Leave No Trace Trainer. She is now a voluntary member of Environmental Campaign Committee.. 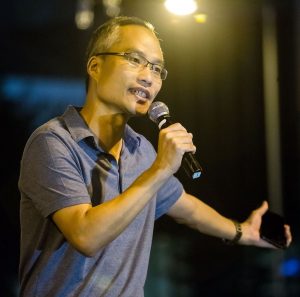 Hahn has been engaging in environmental protection work for over 20 years and has taken the initiative in advocating waste reduction, especially in issues like producer responsibility, recycling, light pollution, etc. In recent years, he promotes citizen movements such as the “Take your litter home” campaign to care for the land.

Hahn was a member of the Support Group on Waste Charging of the Council for Sustainable Development (2013 – 2014). In 2014, he received the Roadshow ECO Star Award (Professional Group). He holds a EMBA degree at Hong Kong University of Science and Technology and a master degree in Environment, Culture and Society at Lancaster University of UK. He is also an alumnus of the School of Journalism at National Chengchi University, Taiwan. 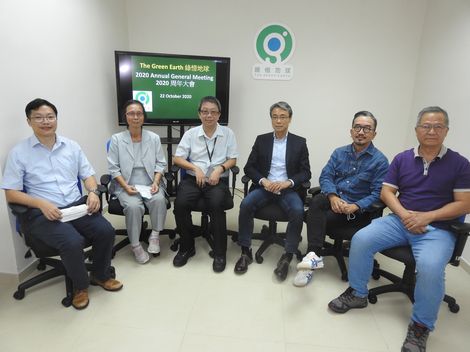