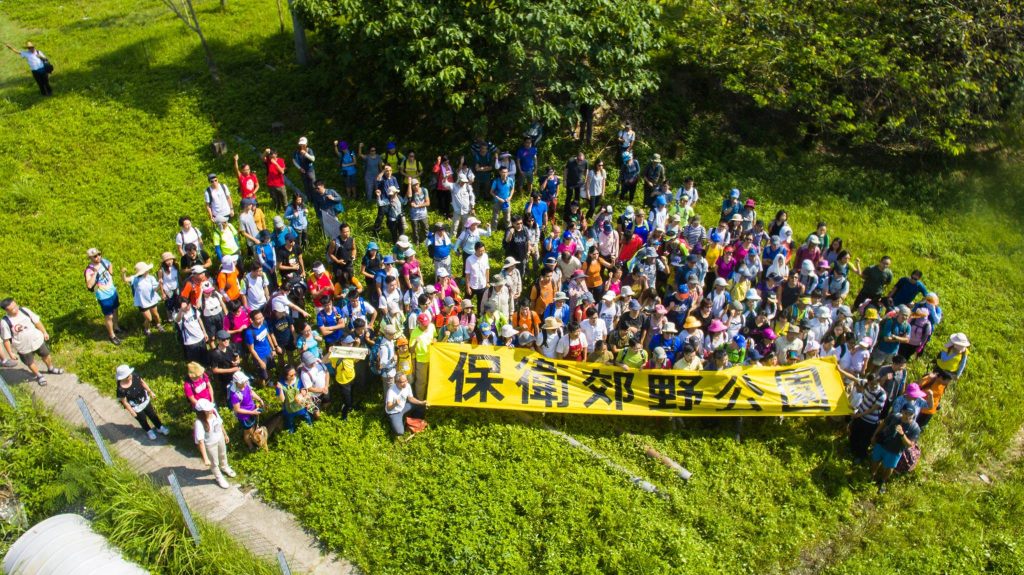 (2018/7/12 press release) Paragraph 117 of the 2017 Policy Address considered the allocation of country park areas for development of public housing and non-profit-making elderly homes. On 17th May 2017, the Government confirmed that it had invited the Hong Kong Housing Society (HKHS) to undertake studies regarding two sites located on the periphery of Tai Lam Country Park and Ma On Shan Country Park. On 27th April 2018, HKHS announced that it had appointed consultant to study the feasibility of developing the sites.

Green and concern groups received an invitation to attend a consultation meeting on 11th July and to comment on the proposed ecological survey methodology. We are frustrated and discontented with the Government’s proposal of developing the Country Parks, which ignores the original intention of the Country Park Ordinance, the function of Country and Marine Park Board, and undermines the well-established and effective system of protected areas. Furthermore, the Government and HKHS started to plan for developing the periphery of Country Parks before the completion of the public consultation for land supply which claimed to seek for public consensus. All of the above suggests that the Government has always intended to develop the Country Parks. And therefore we refused to join the meeting under such premise and to endorse the act to destruct Country Parks.

Finally, the Government has proposed to use Country Parks for public housing and elderly homes and to test the Country Park Ordinance by using the term “public need”. Without consideration of the availability of ample suitable sites for these types of development, the government puts conservation and housing development unnecessarily in a confrontational position. The Government continues to emphasize the urgency of development of Country Parks and create unnecessary social conflicts. Instead, comprehensive planning and the wise-use of land resources for all social needs should be promoted with priority for redevelopment of brownfields and other under-utilized or idle sites.